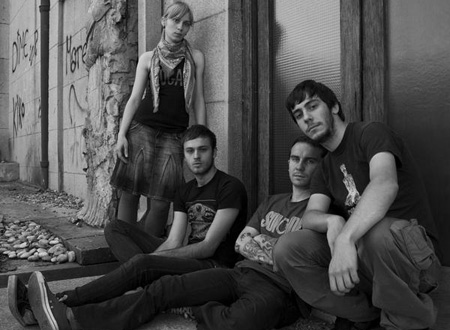 Macedonian band BERNAYS PROPAGANDA could be shortly described as danceable newwave/post-punk band with charming female vocal. But don't be misleaded, we are talking here about extremely political band influenced by a variety of bands, from Submission Hold over Fugazi all the way to the Gossip and Gang of Four. Firm drum beats accompanied with thick and groovy bass lines are the base upon which layers of funky and broken guitar chords are placed, and above all comes unique, strong and remarkable female voice as a cherry on the top. Were lunatic enthusiasm, bursting energy and catchy atmosphere already mentioned?(Maybe because BERNAYS PROPAGANDA is deeply rooted in d.i.y. hard core scene).