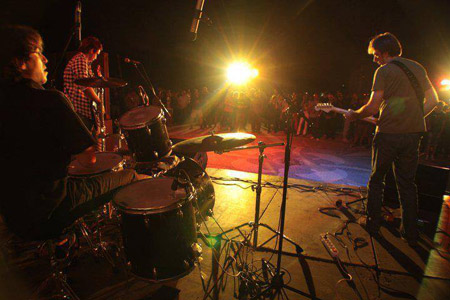 "Millko" was born in Autumn 2006 in a dark and very filthy subterranean premise in a Skopje suburb. "Millko" is the result of a joint idea that was developed by way of imagination and a need for musical expression of individual, hidden, intimate emotions. Two thirds of Millko are separated parts from their tissue, the "Nicotine," having continued their musical path within "Millko," which was as a logical and legitimate inheritance of "Nicotine." "Millko" is their temporary shelter, way of living and way of facing reality. Asked about their musical expression, "Millko" said: "Can one define something which represnts a sublimate of emotions, life experiences, influences, events transformed into a format named music. Can one express in words let alone define something that is so beautiful?"